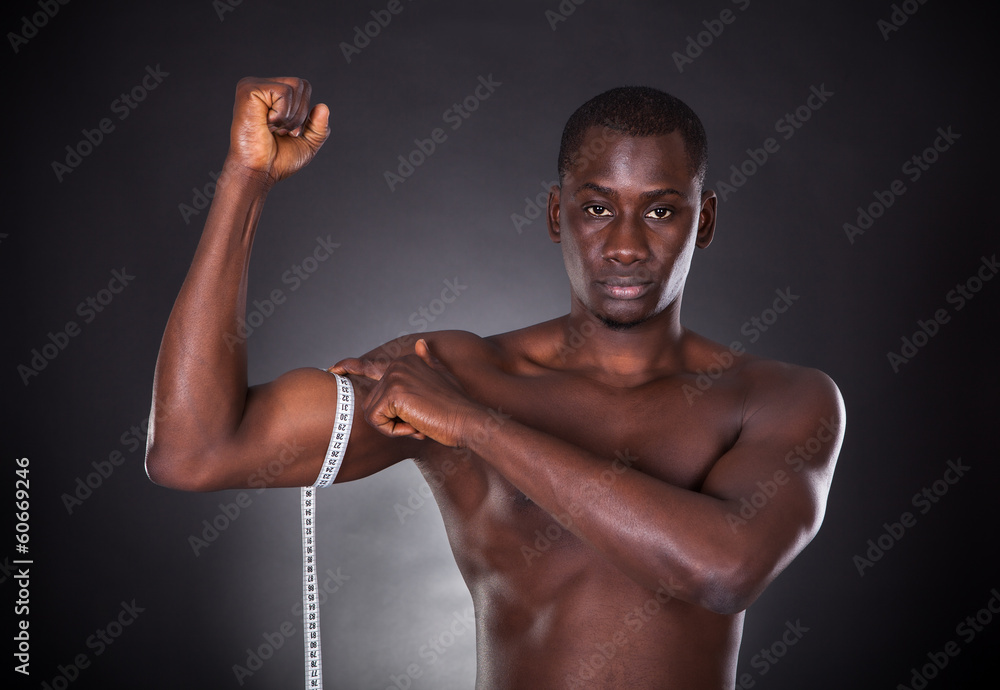 WHY DO MUSCLES GROW?

Numerous theories exist in this area, some of which are actually contradictory. In this section, we shall look briefly at the most modern and widely accepted of these.
Muscle is made up basically of muscle cells or fibers, which contract when they receive an electrochemical stimulus.

There are basically two types of fibers: slow and quick. The slow fibers appear to specialize mainly in short, rapid contraction and the quick fibers in contractions that require less strength but more time. The percentage of these fibers varies in each muscle and each individual, which explains in part why some people are highly suited to endurance training and others to strength training. According to some theories, muscle fibers can be adapted or changed by training counter to their natural disposition, but other studies suggest the contrary.

Aside from methods like liquid retention or increasing overall weight, there are various specific, and healthier, ways to achieve hypertrophy.

There is a belief (widely held in some bodybuilding circles) that it is possible to grow certain parts of a muscle without affecting other adjacent structures, especially in the same muscle sheath. The truth is that this is not possible, at least not to the extent supposed, unless there is bone or tendon insertion in between. To clarify this, some exercises may affect different areas (especially of large, broad muscles, such as the latissimus dorsi or the gluteus maximus) because some fibers make different, and even antagonistic, movements.

However, this is not usually the case when the distinction is made based on proximal or distal insertions, but rather when it refers to deep or surface areas, lateral and medial areas, or upper and lower areas. It is because of this that it is possible to work the upper or lower area of the pectoral muscle, the superficial or deep part of the gluteus, and so on (although not exclusively), but not the proximal or distal area of the calf muscle.

Doping with anabolic substances like testosterone, human growth hormone (HGH) and insulin is dangerous; it does not matter, whether these drugs are taken orally, injected or administered in any other way. Only a specialized physician can, or should, control the need for such a treatment. Modern research offers some clues about how to boost the secretion of some hormones naturally, although these studies are not always conclusive:

– Testosterone: anaerobic training for maximum strength (80-95%) with short rest periods (30 to 60 seconds), especially in combination with exercises that work out major muscle groups (rather than single muscle exercises). This may be better done in the evening due to the natural circadian rhythm, and it requires sufficient rest between workouts. It is especially effective in men because the hormone is produced naturally by the testicles.

– HGH: sub-maximum anaerobic workouts (65-85%) with incomplete recovery (approximately 60 seconds), especially in combined exercises. Aerobic and anaerobic training with reduced loads is less effective. Also, cold seems to inhibit the secretion of this hormone. Changes may be observed in both sexes, although the effects are influenced by the menstrual cycle in women. Some amino acids, like Arginina, appear to stimulate the secretion of HGH.

This does not mean that training programs should be based on these parameters, since there are various routes to achieve muscle growth, all of which should be used as explained above. Furthermore, training in the evening may be advisable in view of the evidence for better results, but work, studying, and daily activities mean that most people feel much more tired at this time than they do mid-morning. In this light, we recommend that you train at a time of day when you have the most energy, and that you avoid working out too soon after eating.

Insulin is another protagonist of muscle growth. Although it is very difficult to control, it is still an ally of the athlete who is training for strength, because among other properties, it helps glucose and amino acids enter the muscle and decreases catabolism. Some preliminary studies suggest that insulin increases when a liquid diet is followed and during workouts. However, the use of diet supplements, especially carbohydrates, may not have the desired effects because they alter the balance of insulin and other powerful hormones.

Let us end with a final point about strength. Everybody thinks that a larger muscle volume means more strength,but this is only true up to a point. We are likely to find “strength difference” between two people who are following the same training regimen, who also have the same height and weight, are equally motivated, eat the same diet, have the same muscle volume, and so on.

One explanation for this may be a “mechanical advantage,” which is to say a genetic predisposition that is favorable or unfavorable for certain movements. In this example, if one of our athletes has a more prominent kneecap than the other, for example, he will be able to lift a little more weight in “quadriceps extensions” due to the difference in leverage provided by his bone structure. However, this inherited capacity is no more than a predisposition, and it is personal effort that leads to athletic progress.

No comments to show.

Make a call for any type of query.